skip to main | skip to sidebar

.....we ended up in the Birthing Center yesterday early morning. During the night Thursday, I was getting the worst abdominal pain (although I knew it was not labor). I called the midwife at midnight as I could not sit, stand, walk or lie down. She suggested that it sounded like round ligament pain from the growing babies and I should try a hot bath. I tried hot towels instead and this calmed it down a little. I got back to sleep at about 5am and then woke up at 6am with a start. My whole belly was really painful and rock hard and the pain was enough to take my breath away. I once again called the midwife and she asked me again if I was in labor, and I told her that I really did not think I was!

My midwife met me at the Birthing Center at 7am yesterday to make sure everything was OK. They hooked me up to the baby monitors and belly monitors, but the boys were not co-operating and were moving around! They ended up doing a quick u/sound to make sure that boys were doing OK. They were wiggly, but fine!

After tests to rule out appendicitis, UTI and other abdominal problems (all negative), the midwife ran a bath in the Jacuzzi tub - wow that was nice!! We have a tub at home, but not one I could float in and lay down in!! I want one!! She also did an exam and found I am starting to dilate a little and that Sam is very head down and wiggling around lots. A combination of Sam wiggling and the round ligament stretching is causing all this pain and guess what..... just one of the many happy times in pregnancy! The midwife gave me some painkillers to take for when I go to sleep amd she also prescribed a recliner! Not literally, but she suggested we buy/borrow one.

I think I am in for lots of long nights and the need to put my feet up!! I am not sure how much longer we have before the boys are born, but it is not going to be that comfortable.

I was never this sore with Grace!
Posted by Harriet at 5:16 AM 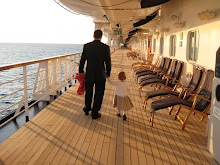 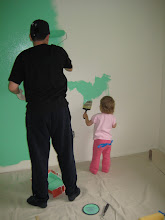